CAN OBAMA SUCCEED IN THE ‘LAND OF THE UNRULY?’

(CNN) — The ancient Persians called it “the land of the unruly.” Historians call it “the graveyard of empires.” President Obama calls Afghanistan something else: The “central front” in the battle against terrorism.</h4 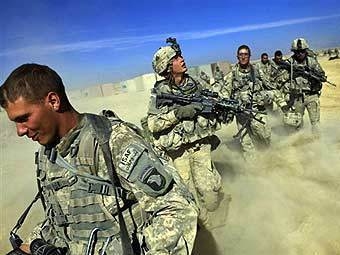 Afghanistan has defied armies led by military leaders including Alexander the Great and Genghis Khan. Now Obama’s new administration will attempt to accomplish what few leaders have been able to do: stabilize Afghanistan.

Obama says he wants to start by adding U.S. troops to Afghanistan. Although some believe that a “surge” helped in Iraq, there is no military solution for stabilizing Afghanistan, several military and political experts say.

“Controlling the Afghan people is a losing proposition,” says Stephen Tanner, author of “Afghanistan: A Military History from Alexander the Great to the Fall of the Taliban.” “No one has ever been able to control the country.”

Afghan President Hamid Karzai is struggling to control the country now, Tanner says. The landlocked nation, which is roughly the size of Texas, has no strong national police, he says; its citizens are averse to taxes and a strong central government.
Afghans seem to unite only when a foreign army occupies their country, Tanner says.

“The people are so disunited within that they can’t resist an invader at the border,” Tanner says. “But once you’re in, you’re surrounded by them.” Don’t Miss

The resurgence of the Taliban will complicate Obama’s plans as well, Tanner says.
The Taliban are making a comeback. Since 2004, the last year of relative calm, annual acts of violence have increased from about 900 to 8,950 in 2007 and roadside bombs from 325 incidents to 1,469, Tanner says.

U.S. and coalition documents, based on NATO statistics, show more than a 30 percent increase in such attacks from January to December 2008. Last year, attacks by Taliban and al Qaeda forces around the country increased 31 percent. Since January 2008, U.S. and NATO troop deaths rose 26 percent, according to the statistics. Afghan security forces deaths rose 64 percent in the same period. Read more about the rising number of attacks
The government has also degenerated. It has become a corrupt “narco state,” with opium trade providing nearly half of the country’s gross national product, Tanner says.

There are about 30,000 U.S. troops in Afghanistan, but there are plans to add 15,000 troops. Defense Secretary Robert Gates briefed Obama on Monday about adding U.S. troops to Afghanistan, which would ultimately involve sending two additional combat brigades and a brigade of trainers for Afghan security forces.

It is clear that Obama intends to focus more on Afghanistan. He called it “the central front in our battle against terrorism” in a CBS “Face the Nation” interview.

“I think one of the biggest mistakes we’ve made strategically after 9/11 was to fail to finish the job. … We got distracted by Iraq,” Obama says.

Said T. Jawad, the Afghan ambassador to the United States, says the Afghan people would welcome a temporary increase in U.S. troops to make the country and its borders more secure. But the U.S. military will alienate Afghans if it continues to strike with unmanned Predator drones instead of surgical commando operations to go after the Taliban, Jawad says.

“In the long run, the real security solution is to be found in the capacity of the Afghan police and army,” he says.

Should the U.S. negotiate with the Taliban?

She says Obama wants to accelerate training of the Afghan police, reduce corruption, increase economic development and possibly negotiate with the Taliban.

“It’s never been just about the troops for Obama,” Wadhams says. “More troops are part of a bigger strategic shift. The Obama administration wants to engage Afghanistan more deeply than the Bush administration.”

President Obama has talked about a “more for more” strategy, which will commit more troops to the effort in Afghanistan, but would be looking for more help from its allies and from the Afghan government.
The U.S. will also increase aid to strengthen the Afghan government, including additional aid for education, infrastructure and human services. It will also help fund alternative livelihoods for farmers who abandon producing opium.

But that aid will be tied to better performance by the government on fighting corruption and establishing rule of law.

Any ultimate solution to Afghanistan’s challenges would have to involve political negotiations with two players: Pakistan and the Taliban, some say.
Pakistan gives the Taliban financial and logistical support, along with sanctuary, says Jawad, Afghanistan’s U.S. ambassador.

“The reason we have not been able to establish sustainable peace and stability has been Pakistan,” Jawad says. “We were able to push the Taliban out of power, but we pushed them out into the countryside and Pakistan, where they were able to reorganize.”

Tanner, the military historian, says just cracking down on the Taliban is a mistake — some would be open to negotiations.

“The Taliban are no longer all hardcore fanatics,” Tanner says. “There are a lot of moderate elements. You have to bring the Taliban into the Afghan government, not to take it over but to at least participate.”

Afghanistan’s bloody history
Afghans are filled with a fierce nationalism that goes back centuries.

Milton Bearden, a former CIA station chief who worked in Afghanistan, once called the country a

“graveyard of empires” in a Foreign Affairs magazine essay. He says its tribesmen almost killed Alexander the Great when he invaded and bloodied Genghis Khan’s armies so much that the Mongol leader gained control “only after reaching painful accommodations with the Afghans.”

Afghanistan’s history is so steeped in violence that some historians say the ancient Persians called it the “land of the unruly” (others say the term was coined by an Afghan king).

Joel Hafvenstein, author of “Opium Season,” is an American who spent years working in Afghanistan among the people. He went there to help reduce the country’s opium harvest.

He says Afghans are a lot like Americans: They’re filled with a powerful national pride.

“Even broadly pro-Western friends of mine still don’t really consider their country ‘free’ as long as foreign soldiers are here, and each airstrike that kills civilians reduces tolerance for foreign military forces around the country,” he says.

“Many Afghans saw the Taliban as an occupation army funded by Pakistan and various Arab countries, and were willing to tolerate a U.S./NATO military presence in Afghanistan as a lesser evil,” he says. advertisement

Hafvenstein says he saw something else in the Afghan people that Obama — and U.S. troops — would be happy to see more of in the coming years.

“I’ve been surprised by the gentleness of most Afghans I know,” he says. “You come here laboring under these stereotypes of the ferocious Afghan, and you find instead that most people are extremely gentle and compassionate — and extremely determined with a knack for survival.”