As leaders of Pakistan, Afghanistan and United States met today at the White House, we spoke to Afghanistan’s ambassador to the U.S., Said T. Jawad, about the worsening security situation in the region and what his delegation hopes to achieve from these meetings.

Jawad says Afghanistan is in dialogue with the U.S. and Pakistan to improve intelligence gathering and security.

“We are seeking very clear attainable objectives in the area of intelligence exchange, improving security, enhancing trade and transit in Afghanistan. These talks are about getting very very specific measurable objectives set forward and then working together to achieve them and also measure our accomplishment on how far we are coming so, all of this talk, what we are seeking, is a very clear objectives, better mechanism of exchanging information, mechanism to measure deliveries of those objectives being set by Afghanistan with the assistance of the United States,” Jawad says.

Jawad says one of the specific things they are looking at it is enhanced communication about activities on the Pak-Afghan border. In Pakistan’s Federally Administered Tribal Areas, large parts of the porous border are controlled by Taliban supporters that move easily between the two countries.

“We have to make sure that the information is exchanged in a manner that they are live and actionable and second, develop mechanism that we can act upon right away when this kind of information is available on a trilateral basis, if not trilateral then at least between Afghanistan and Pakistan, for instance, establishing joint border crossing monitoring systems so if there is any suspicious movement across the borders then the information will be shared right away and there will be capabilities to act upon a larger area, both on this side and the other side of the border”.

“This kind of mechanisms are in place but they are not live and timely. The objective is to establish… mechanisms or joint commissions that could verify the information and act on it quickly. Right now it’s usually exchanged through the usual procedures and processes that sometimes make it difficult or impossible to act upon by the time it’s received and verified by different sources”.

The leaders met in the backdrop of increasing violence by the Taliban in Pakistan and civilian casualties rise in neighboring Afghanistan. The International Red Cross confirmed today that it was U.S. bombing that killed more than 100 people, mostly civilians, in an Afghan village yesterday.

“Our security forces, initially the police forces, were conducting a military operation and then later on when they come under heavy attack they asked for assistance from the Afghan National Army forces and the National Forces include actually military trainers and soldiers from the international community and the United States. And later on, an air strike was called, which caused severe damage to a village, and many civilians were killed overall,”

Jawad says more precautionary measures need to be taken to prevent such attacks. 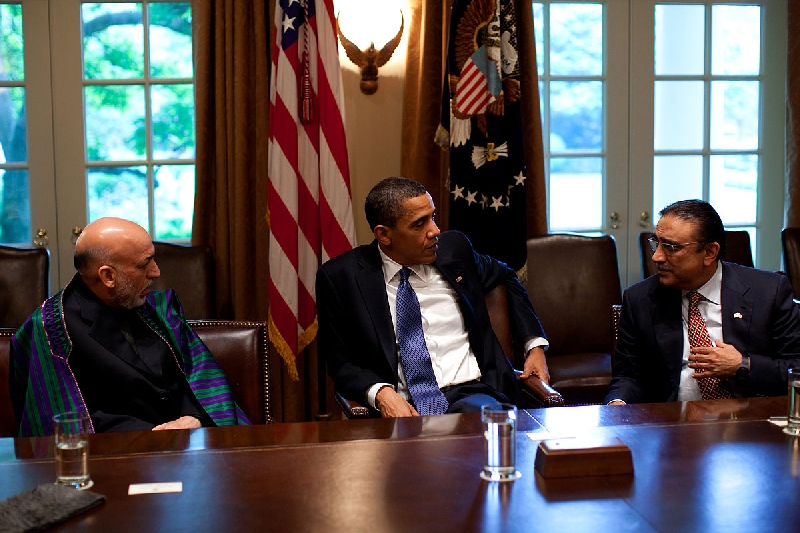 Presidents Hamid Karzai and Asif Ali Zardari will return to the White House tomorrow to continue the talks. Jawad says specific benchmarks will be discussed in breakout sessions about economic development and intelligence gathering.