ENGAGING TALIBAN IS A ‘NECESSARY EVIL’

The Afghanistan government has been attempting to reconcile with the Taliban, according to Said Jawad, Afghan ambassador to the United States.

“We have been trying to bring some of the Taliban into the political fold in Afghanistan, because we don’t have an adequate number of foreign forces,” Jawad told NPR’s Melissa Block. “We don’t have enough number of police and army to protect the Afghan people.”

Jawad said that the talks are just that — talks, and not negotiations, which would be difficult with an organization as disjointed as the Taliban. He said it will be a long process requiring forgiveness from the Afghan people and patience on behalf of the international community.
He also recognized that the notion of engaging with the Taliban “is a very painful message, of course, for the Afghan people, who were the prime victims of [their] brutality…. But it is also a necessary evil. If we do not build the necessary capacity among the international forces or the Afghan security forces, we have to seek ways to end violence. And in an insurgency context, talking with the enemy is one of the ways to reduce violence.”

Assistant Secretary of State Richard Boucher said he agreed with Jawad regarding reconciliation with the Taliban, but only to a point.

“I think it’s necessary, but I wouldn’t necessarily call it that evil,” Boucher said. “I think we all understand eventually there’s a lot of political aspects to settling with people. … There’s certain basic criteria: not al-Qaida types, not criminals. But if they were willing to come across and come in from the cold, I suppose there has to be a political process to do that. I have to say there’s no sign that they really want to do that at this point, they’re still out there setting off bombs and kidnapping people.”

Boucher said he believes the way to achieve true stability in the country is by engaging with the Afghan people.

“For the moment,” he said, “I think for quite a moment, we really have to pursue our efforts to strengthen the government, to work with local populations in different areas — really reach out to the people of Afghanistan as much or more than to the opponents of the government.” 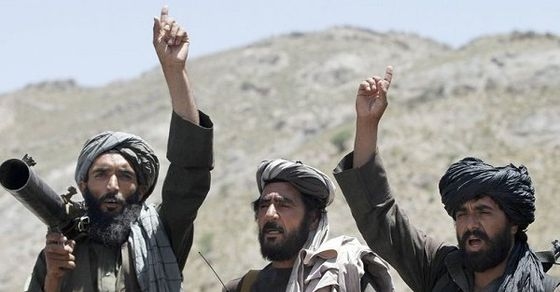