At the donors’ conference tomorrow in Berlin, we will present a detailed report on how to secure Afghanistan’s future — and the security internal stability brings to the world. 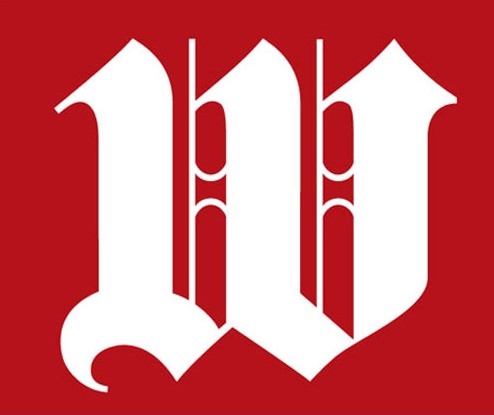 Two years ago, along a dusty road in Kunduz, in north Afghanistan, a young man caught the attention of President Hamid Karzai: He tossed a bouquet of flowers at his car. When the president glanced his way, the young man pointed to the pitted road at his feet. “Fix the road,” he cried.

That plea symbolized then as now the chief desire of our nation as it picks itself up after 25 years of war and destruction. Afghans measure success in nation-building and the progress against terrorism by improvements in their everyday life.

Historically, Afghanistan has been at the crossroads of Asia and served as a land bridge between the Indian Subcontinent, the Middle East, China and Europe. And today, once again, my country is at the crossroads of history. One path rises to prosperity and democracy, bridging civilizations. Another path descends into human rights violations, extremism, corruption, illegal drug trades and ultimately the breeding of terrorists.

We have with certainty chosen the path of prosperity and democracy and done so with a renewed spirit of national pride as shown in the recent adoption of our new constitution that is the most progressive charter in the region.

The fight against terrorism is not just military, it is economic. Investing in Afghanistan’s future is good economics. In partnership with the United States, and led by Mr. Karzai’s vision, our people have proudly turned swords into plowshares.

The Afghan people are experiencing new freedoms, and families are being reunited as refugees return.

The new constitution approved Jan. 4 by the constitutional Loya Jirga provides all citizens of Afghanistan — men and women — equal rights under the law. Afghan women are returning to school and to the workplace. They are participating in the political process. Afghanistan is experiencing important successes in education, health care and development of a market economy.

Major cities flourish with business and reconstruction. New businesses are being established with grants and loans from the United States and the international community. Completion of initial stages of the Kabul-Kandahar Road is another sign of progress.

This process can be further accelerated with new pledges from the international community and donor nations. This will require $4.5 billion yearly as part of a seven-year plan, with one-fifth of that needed for direct support to our budget and the remaining for project financing. We need a moderate investment commitment of $1 billion per year to ensure proper development of human capital to create a literate nation and provide social protection with a minimum of social and personal security.

On March 21, the first day of spring and the new school year, 5.3 million children returned to school. We need to build thousands of schools. Only 29 percent of classrooms in Afghanistan have roofs. Investments of $2.1 billion per year will provide us the basic infrastructure for transportation, communications, mining, power, irrigation, housing and urban development. A number of water dams and power plants need funding. An annual investment of $750 million in security, rule of law, judicial and administrative reform and private-sector development will guarantee an environment conducive to sustainable growth. Our judges now are paid less than $40 a month.

Our goals are very modest and realistic. We plan to double our gross domestic product (GDP) per capita to just $500 in next seven years. This is an investment the international community can afford to make and cannot afford to bypass. These investments will not only further stabilized Afghanistan and the region, but also over the long haul will lessen the defense and security expenditures of our global partners. It now costs more than $13 billion yearly to maintain the anti-terror Coalition and International Security Assistance Forces in my country.

With a portion of this sum invested in rebuilding Afghanistan’s national institutions, we will be able to take full responsibility for many services now provided by our international partners. Across-the-board investing now in Afghanistan — coupled with transparent plans by my government on how to spend such funds — will reduce the long-term costs for international donors.

For example, more than $2 billion has been spent in the last 24 months to avoid humanitarian catastrophe. This expenditure was badly needed because our national institutions were not — and still are not — equipped to deal with such emergencies.

Slow action could be more costly. Consider our common fight against illegal narcotics. The cost of fighting this deadly trade that destroys lives all over the globe and feeds terrorism and warlordism in Afghanistan has increased significantly.

Return on international investment in Afghanistan has been tremendous, as evident by an economic growth of nearly 30 percent, according to the World Bank. To continue this progress and ensure a sustainable economic recovery, we need an average growth of real and legal (nondrug) GDP of 9 percent annually over the next seven years. This can not be sustained, however, without sizeable investments by the international community that must accelerate its partnerships lest our achievements begin eroding.

While there has been significant progress rebuilding state institutions and stimulating economic growth in Kabul and other major cities, adverse geography and security conditions continue undermining economic progress and my government’s ability to deliver services into remote areas. This has deprived some segment of our people from the peace dividends. Parts of Southern and Eastern Afghanistan are dangerous. The terrorists have been active on the Pakistan-Afghan border and their hit-and-run attacks on soft targets generate fear.

We are very grateful for the support provided us by the U.S. government and Congress. Now is the time to accelerate our collective resolve to further secure Afghanistan. Now is the time to front-load investments in building national institutions needed to fulfill the promise of our upcoming first national, democratic elections. Now is the time to answer the plea of that young Afghan along the road for improvement in his life.

At this crossroads, we all have much to gain or lose. The Afghans have unfalteringly made the right choice to go forward with the promise of democracy and prosperity.